We have been holding a very special world record since September 4th, 2013:

The highest exhibition and vernissage in the world in an airplane at an attitude of 43,000 feet.

The secret of this art auction was only revealed above the clouds.

Crew, business travelers and Vienna tourists witnessed the world’s first sculpture exhibition in a People’s airliner and the first exhibition with a vernissage speech at an altitude of 43,000 feet.

It was not only the highest, but with a flight times of 50 minutes it was also the shortest vernissage in the world.

Two female red sculptures that we created and adapted precisely to the aircraft seats were exhibited. “Sarah and Rose” were the first sculptures worldwide that flew on a scheduled flight as regular art passengers.

To this day, no one has broken our world record.

You can watch our film that shows the entire exhibition with the subsequent event in the Stilwerk Vienna. The premiere was celebrated there with the sponsors.

The CEO of People’s was convinced of the artistic soaring: „There has never been anything like it.“

For this festive occasion, we designed a special sequin fabric that was printed with our color gradient by the Hoferhecht embroidery.

With these special clothes, we identified and connected with our sculptures Rose and Sarah, and became an active part of the unique art event living Art!

Our haute couture dresses were created by the designer La Hong from Vienna.

You can read more about it in the cooperations. 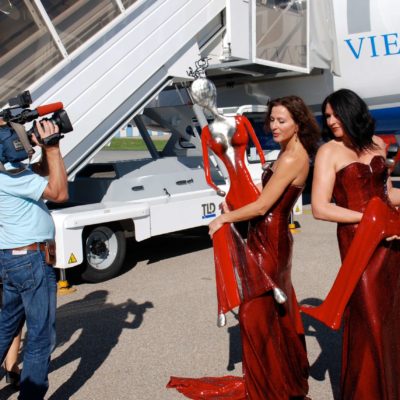 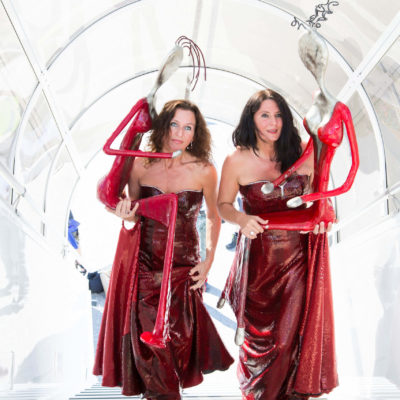 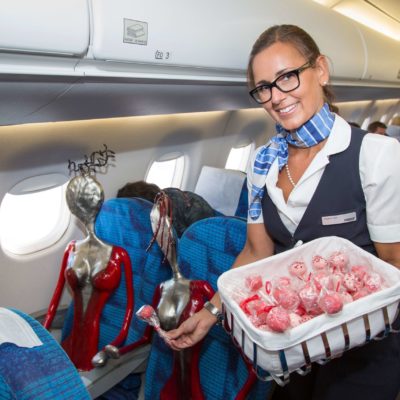 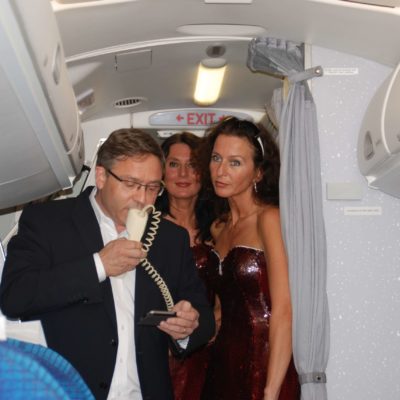 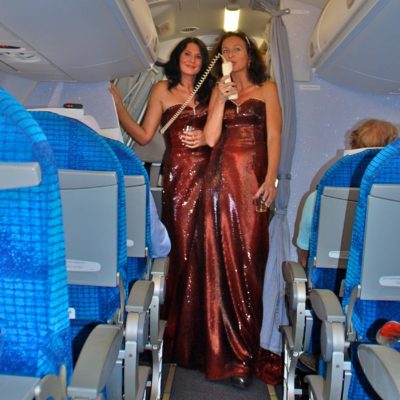 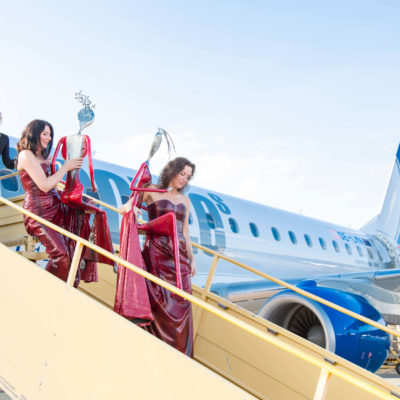 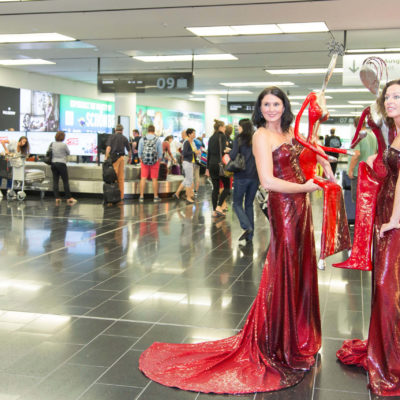 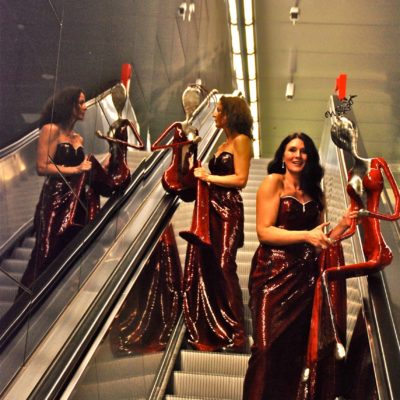 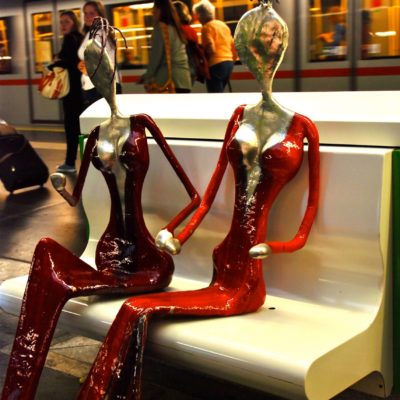 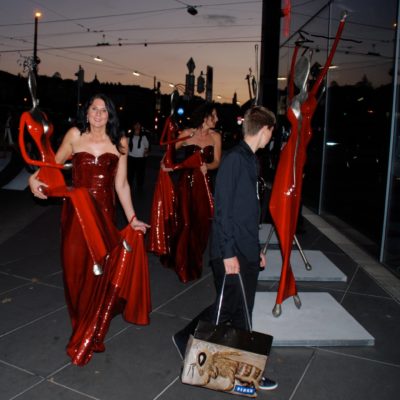